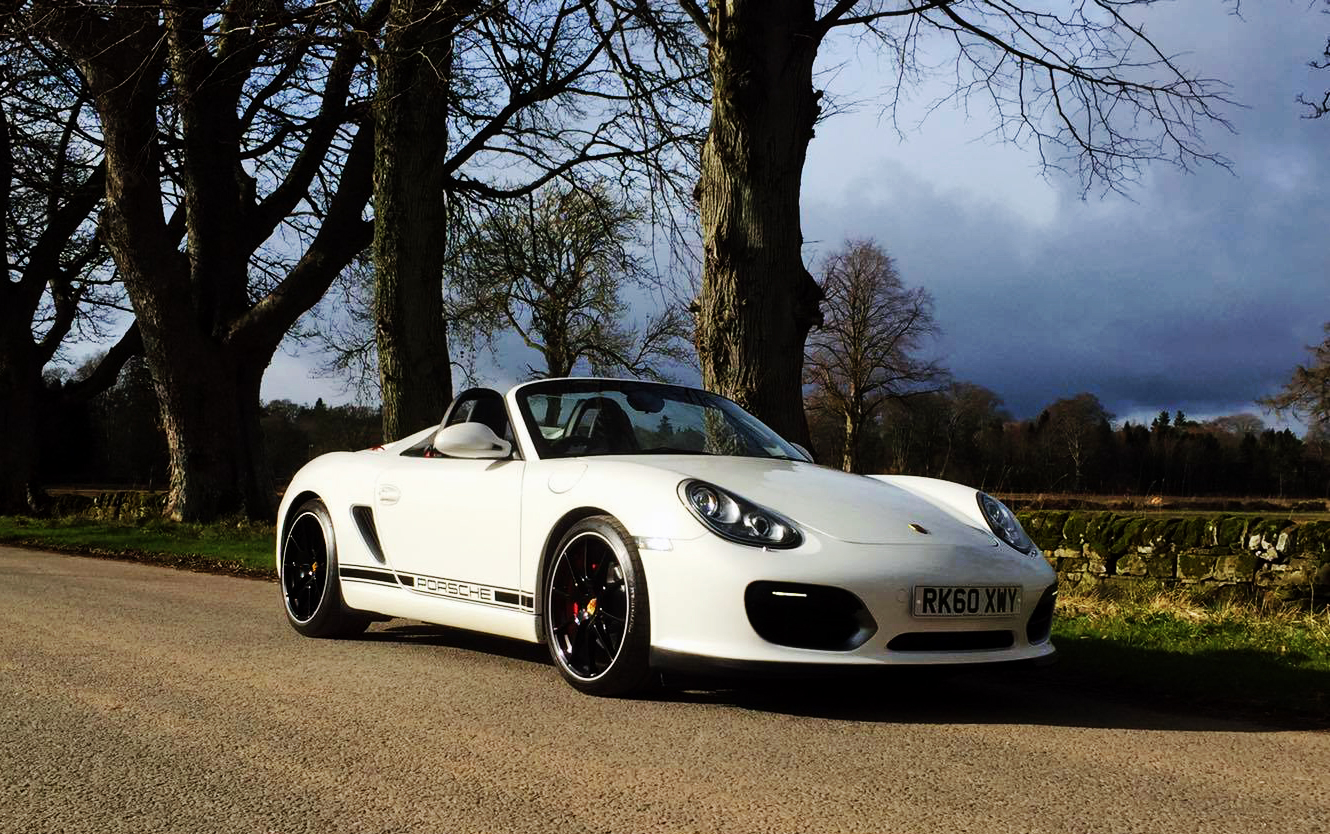 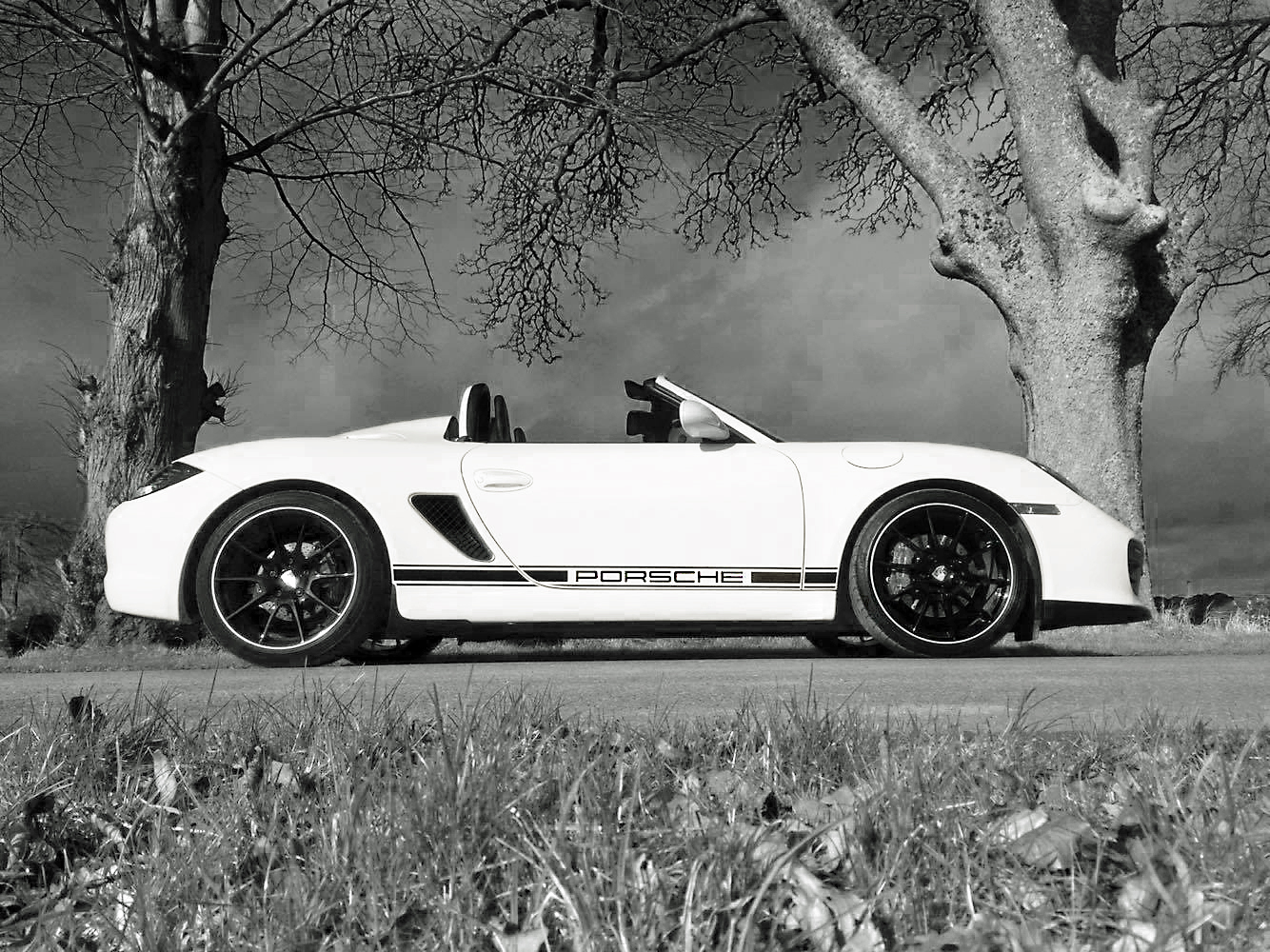 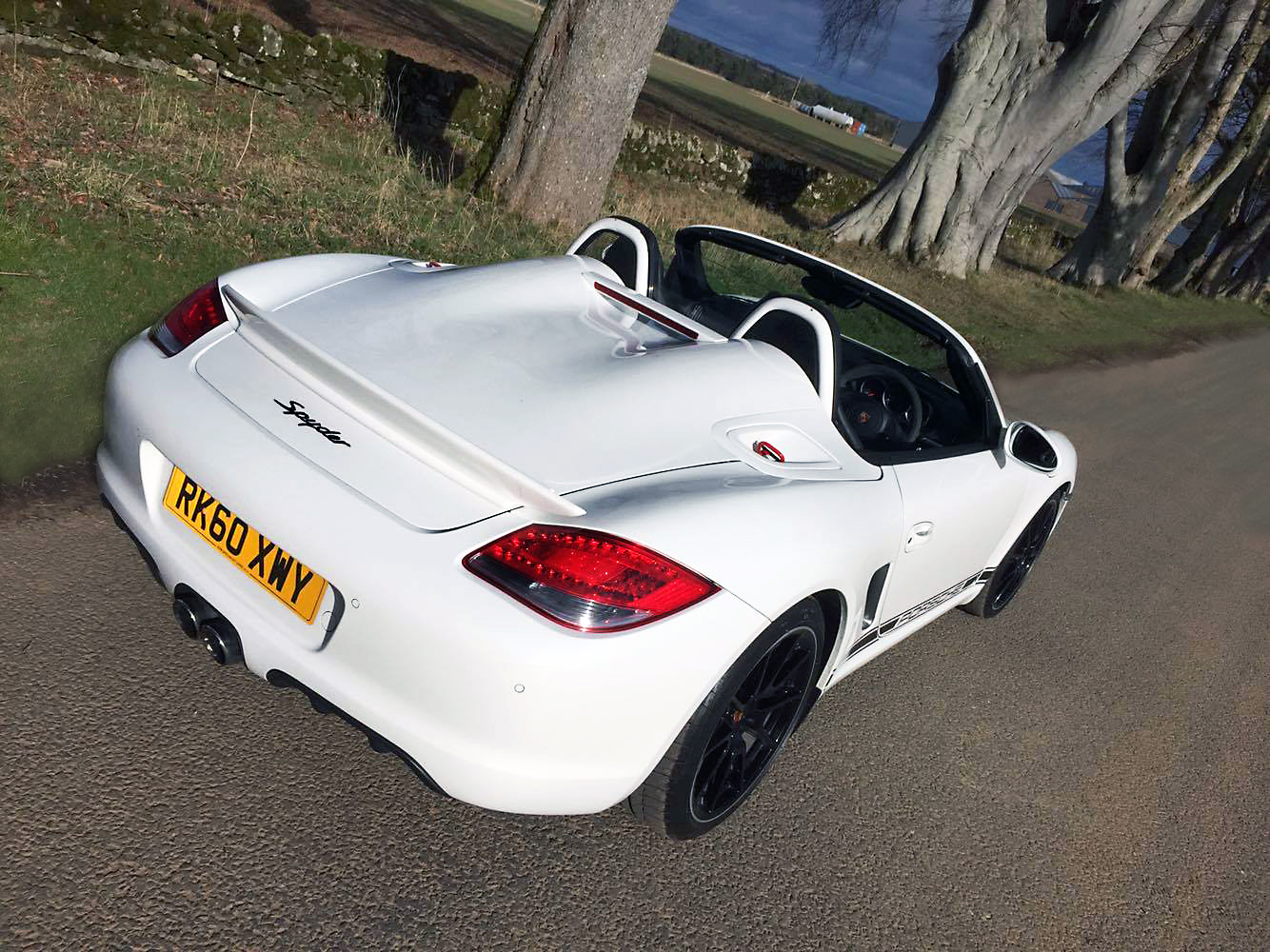 Some vehicles need no introduction.  The Boxster Spyder launched 55 years after the original iconic 550 Spyder, was an instant sales success for Porsche.

On November 5, 2009, the Porsche Boxster Spyder was officially unveiled at the 2009 Los Angeles Motor Show.  Positioned above the Boxster S, the Boxster Spyder was the lightest Porsche on the market at the time, weighing 1,275 kg, a full 80 kg lighter than a Boxster S. This was achieved through the elimination of the conventional soft top’s operating mechanism, the radio/PCM unit, door handles, air conditioning, storage compartments, cup holders and large LED light modules on the front fascia, although some of these could be added to the car in the form of options.

Weight savings were also gained using aluminium doors, an aluminium rear boot lid and the lightest 19-inch wheels in the Porsche range. The vehicle rides on a firmer suspension than the other Boxster models, and is almost 25mm lower in order to have more planted handling. A manually operated canvas top, carbon fibre sports bucket seats and two signature humps running along the back of the vehicle provide characteristic design elements. It is powered by a six-cylinder boxer engine with 320 BHP and 273 lb/ft of torque, a 10 hp increase over the engine in the Boxster S and the same engine used in the related Cayman S 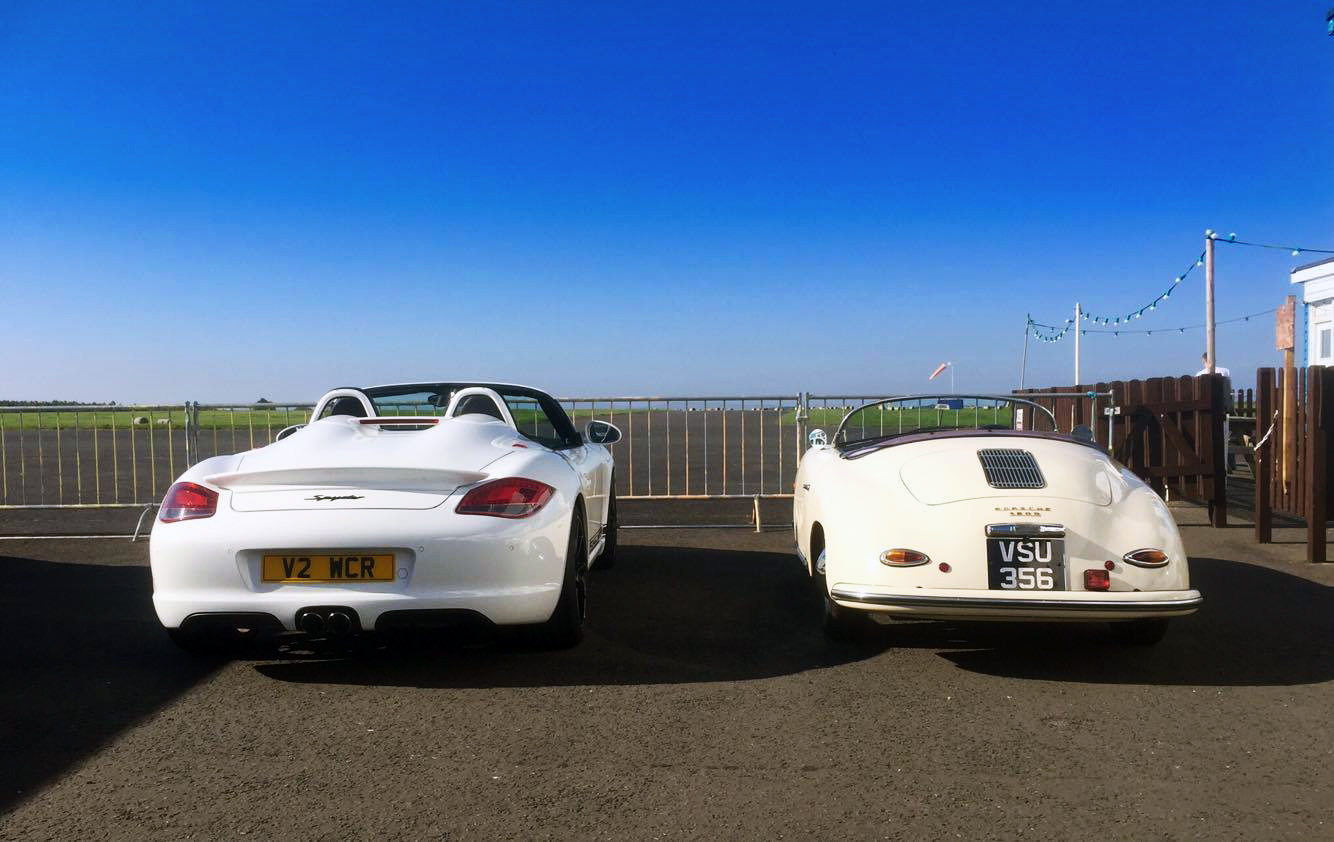 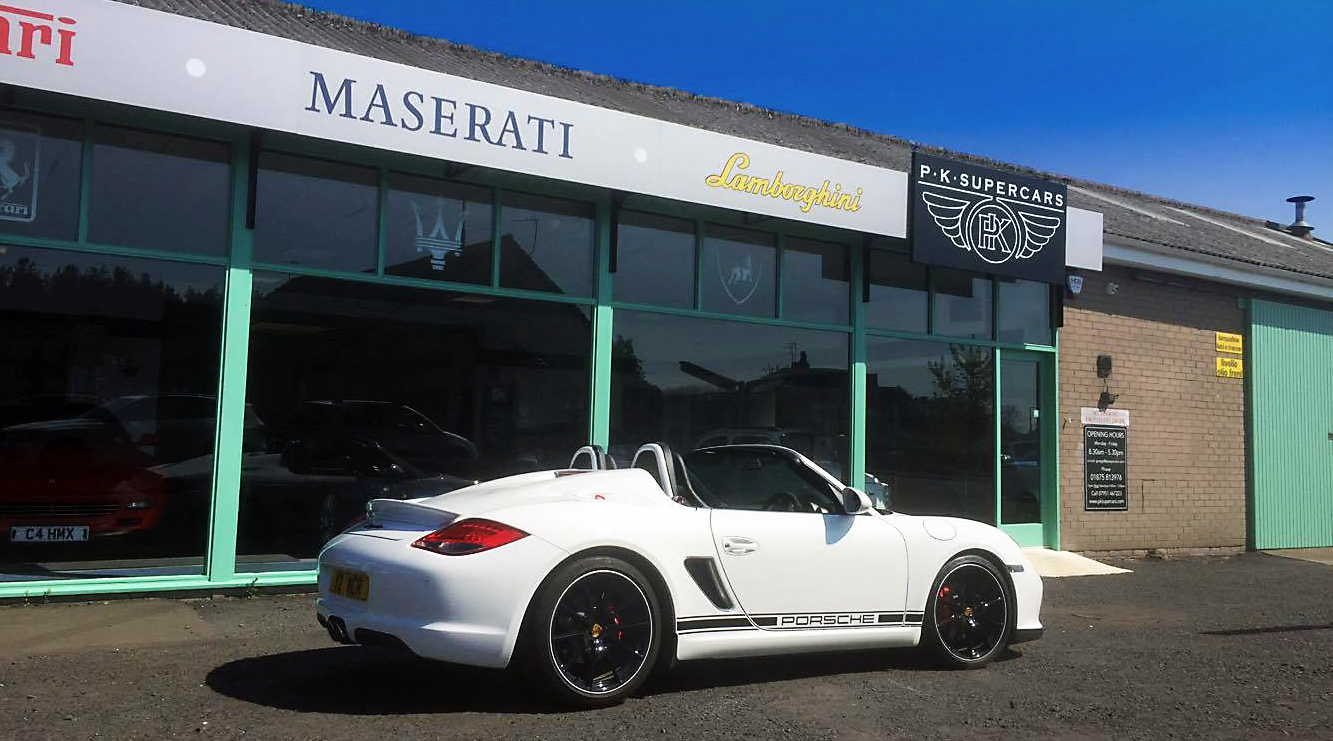 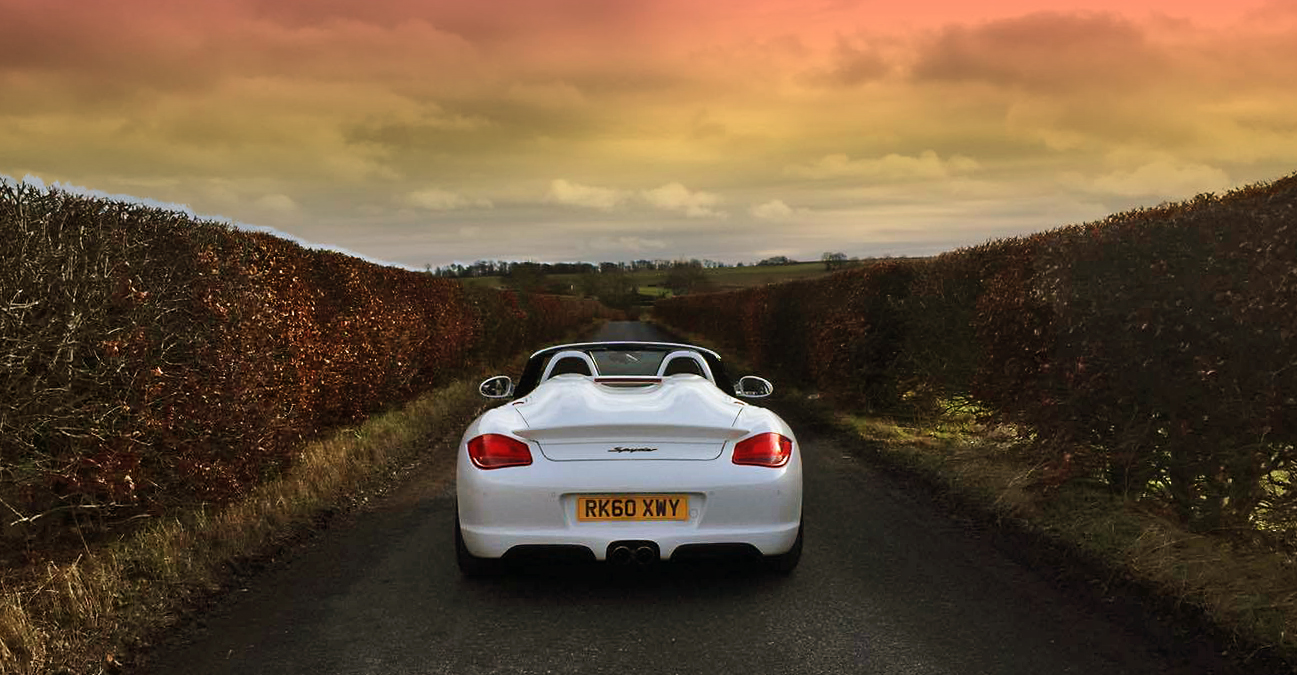 The Spec and Details 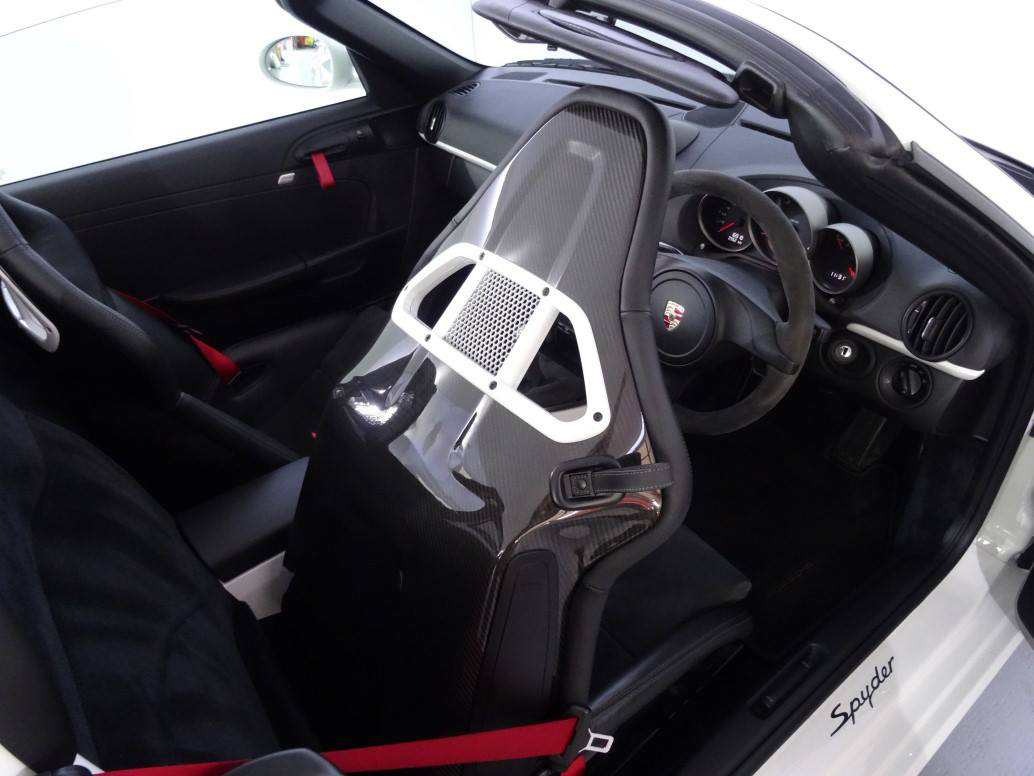 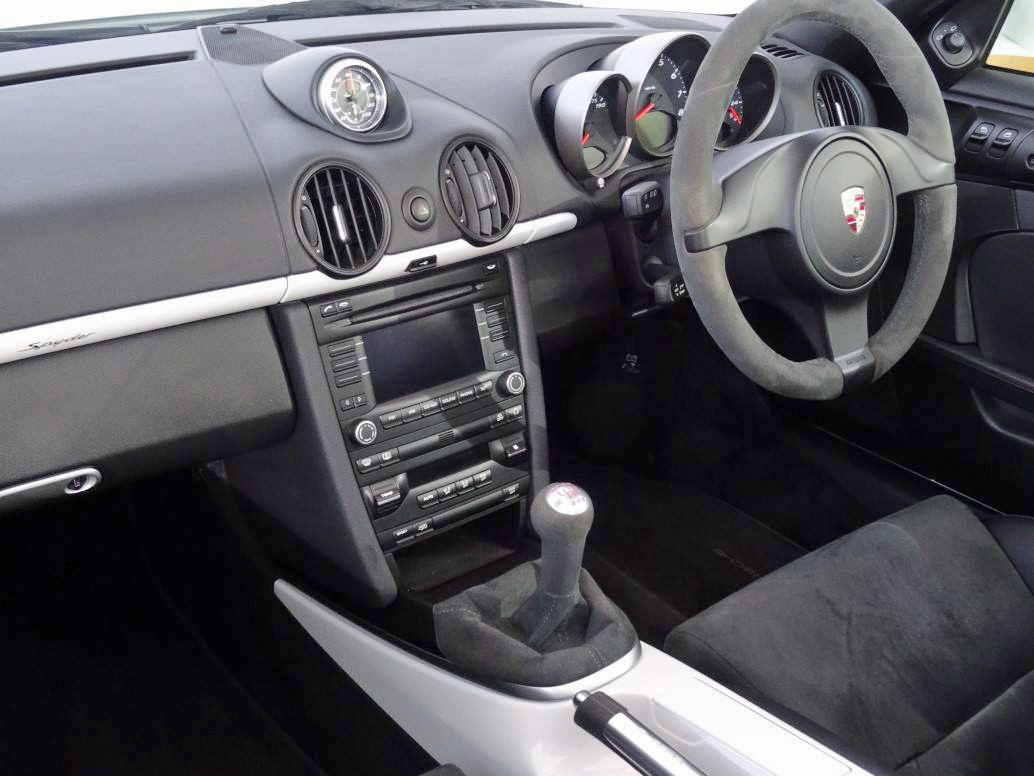 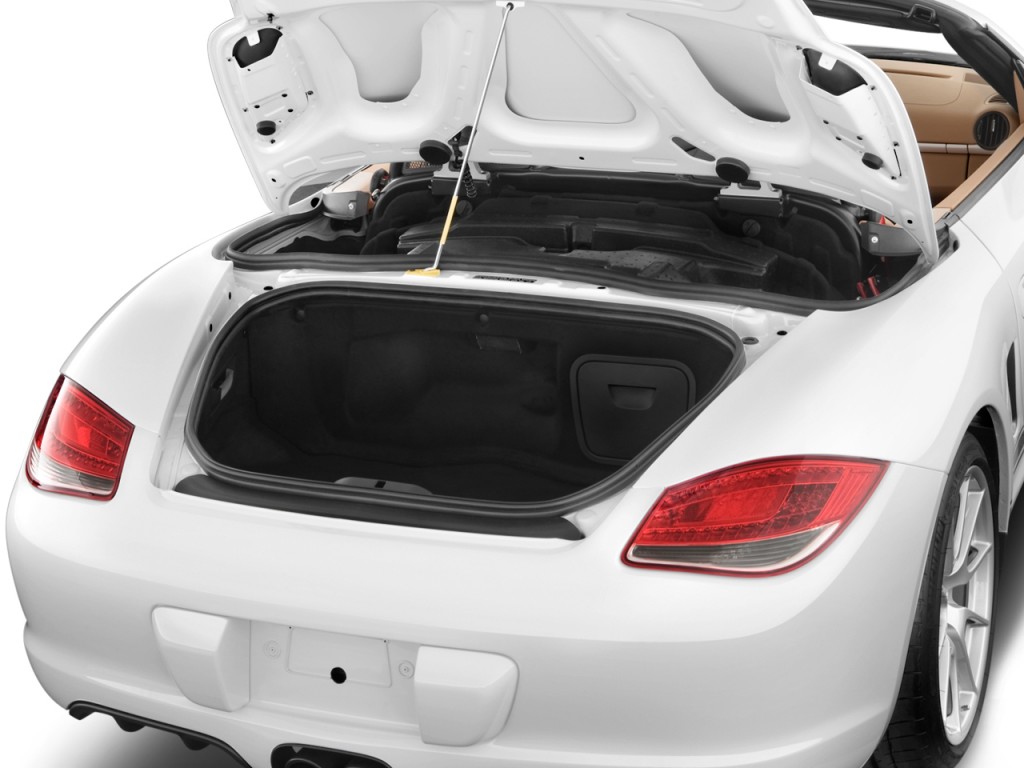