Being Bold: Buying an Ultima… the easy way!!

Being a bit of a petrolhead, an Ultima was always on my radar as a car that I thought would be fabulous to own. On the other hand, being one of the least mechanically orientated guys you could meet, a highly strung supercar that you could build at home and may need to spend hours and hours tinkering with and adjusting  to keep it in top condition didn’t seem like a great combination… so despite constantly drooling over the classified adverts, following the chat on the specialist forums and visiting the various car shows to view the cars, nothing ever came of it.

Things changed in October 2014 when a fantastic looking car appeared in the Pistonheads Classifieds and I thought I should at least make the effort to find out a bit more about that car.

The car was a grey 2006 GTR located in the Midlands. I went on the Pistonheads Ultima Forum and asked the typical, “does anybody know this car?”  question and sat back to see if anyone would reply.  Lucky me, not only did the guy selling the car get in touch but also the guy he bought it from…. and the owner before that… and the Ultima owning mate of a previous owner….  and the guy who built the car in the first place back in 2006 … and the guy who subsequently owned it and commissioned the conversion from the original SBC Engine to the LS Engine and who also sent the car to the bodyshop to be painted into the current colours from the original red gelcoat. A couple of other folk got in touch to say that they didn’t actually know the car but had seen it at various car meets around the country including at the official Factory meets. Absolutely everything I heard about the car was positive. It seemed like if I was ever going to buy an Ultima then I would never be able to get such a known car and one with so much history available from previous owners. More importantly, a car that seemed to be solid, reliable, dependable and as far from a temperamental  liability as I would ever find. 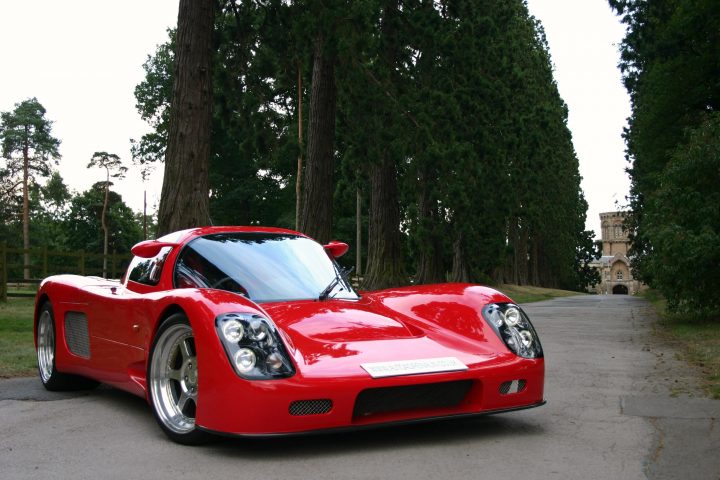 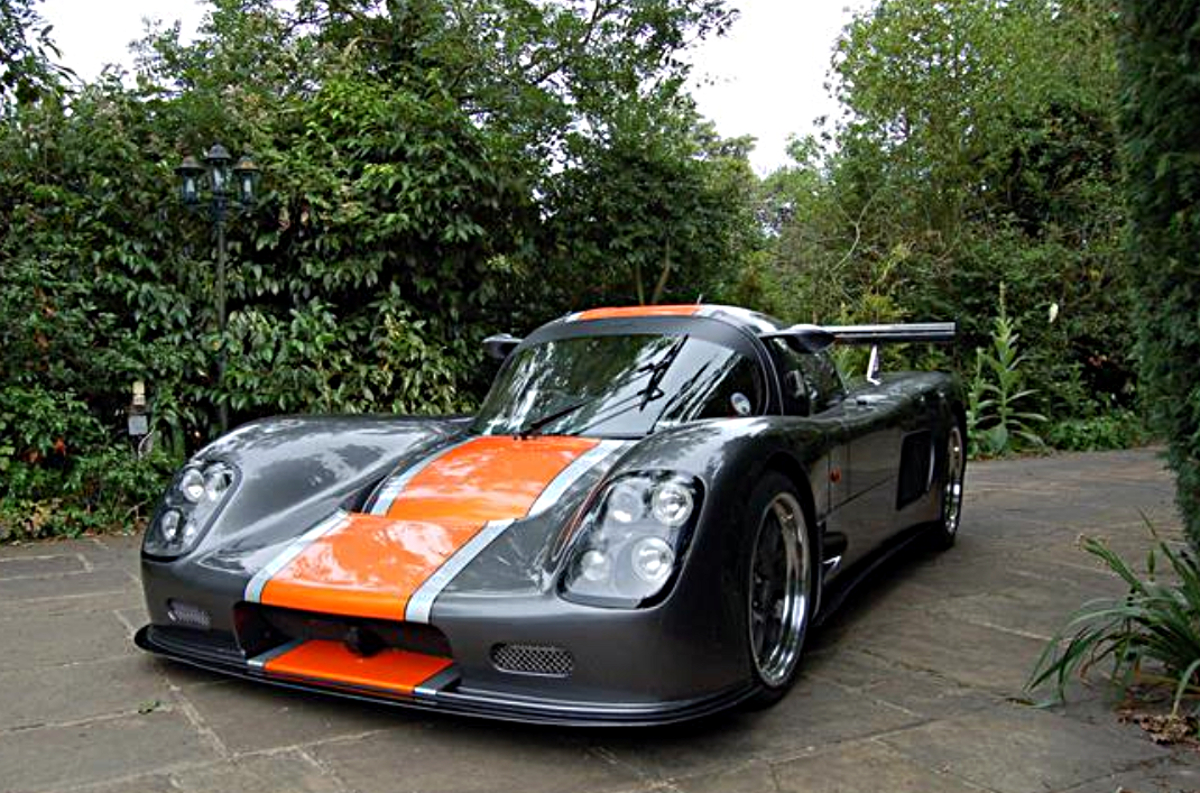 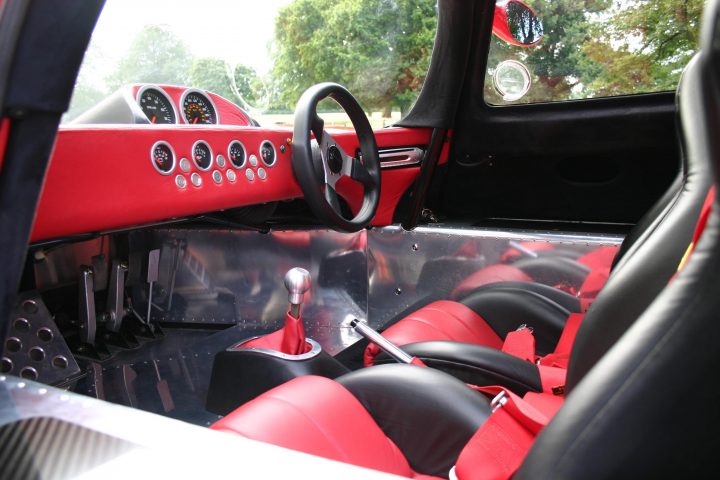 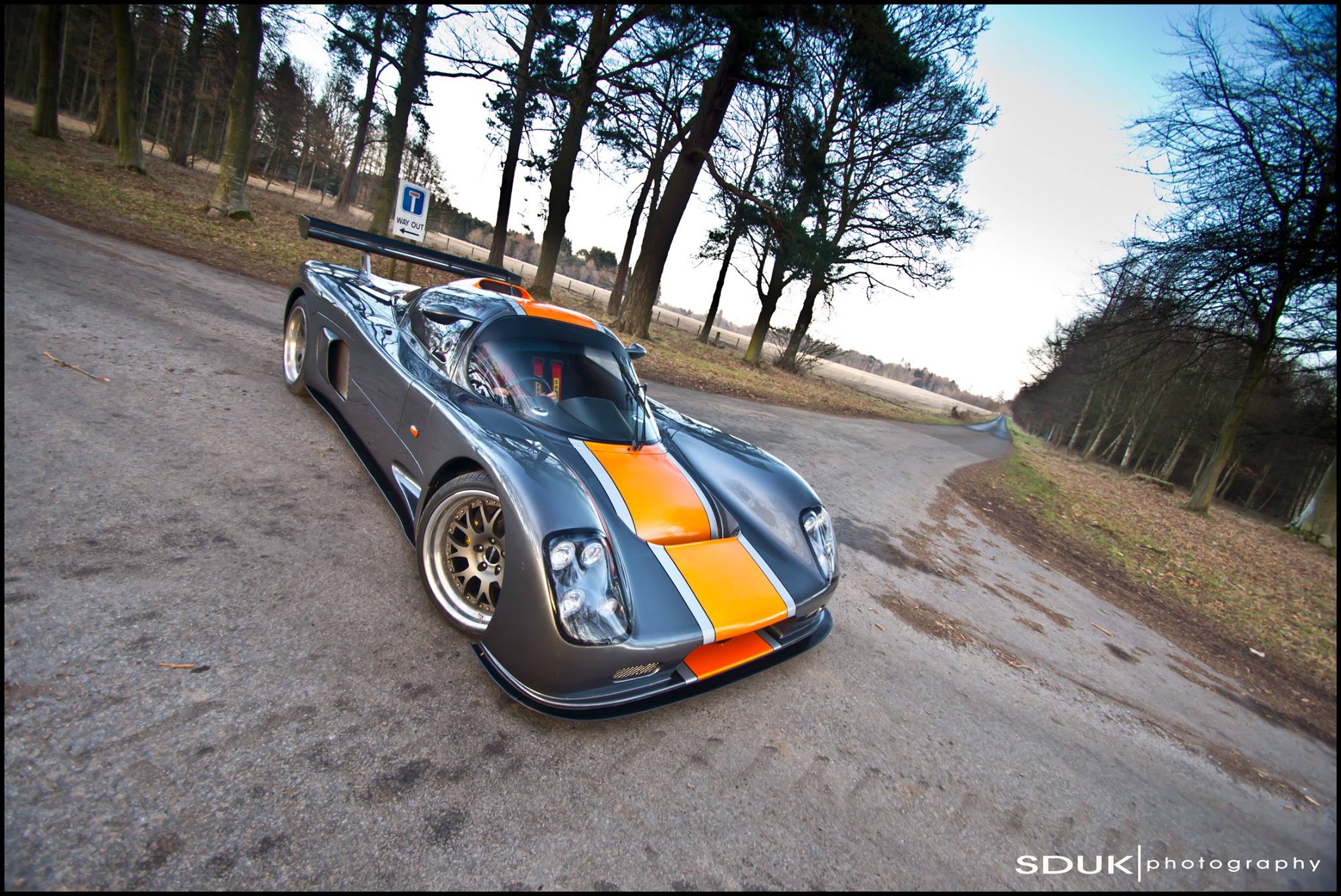 What followed was probably one of the best car buying experiences I have had. The seller had owned a fairly eclectic bunch of performance cars and actually worked as a professional high performance test driver so he was able to answer every question I could come up with and also make the answers idiot proof enough for me to understand. Every request (and there were lots) for additional information and additional photos was answered with all the information and the requested photos. In the end there was nothing more to ask and it was really a no-brainer decision to buy the car. Off I went on the train to Birmingham to view a car that I had already paid for. That could have been a bit disappointing but everything about the car was better than described.

Coffee, biscuits and all the paperwork later and I was strapped into the drivers seat of an Ultima for the the first time, my Ultima, and was heading on a 450 mile journey home. In at the deep end perhaps but apart from feeling a bit intimidated in the car and feeling like everyone else on the road was staring at me (well, the car really) it was an uneventful drive home. Not sure whether PJ the Great Dane wanted to sit on it or wee on it tho when I pulled up at the back of the house to limbo myself out of it.

The car came with body coloured Forgeline alloy wheels and the interior leather had been recoloured back to black from the original red. The interior polished alloy paneling looked very racecar like but was quite spartan and the first thing I did was fit the carbon wrapped side pods to the air intakes which the previous owner hadn’t fitted.There was an aluminum diffuser, splitter and side skirts fitted and in the engine bay the factory standard baffled silencers were in place to tame the noise. 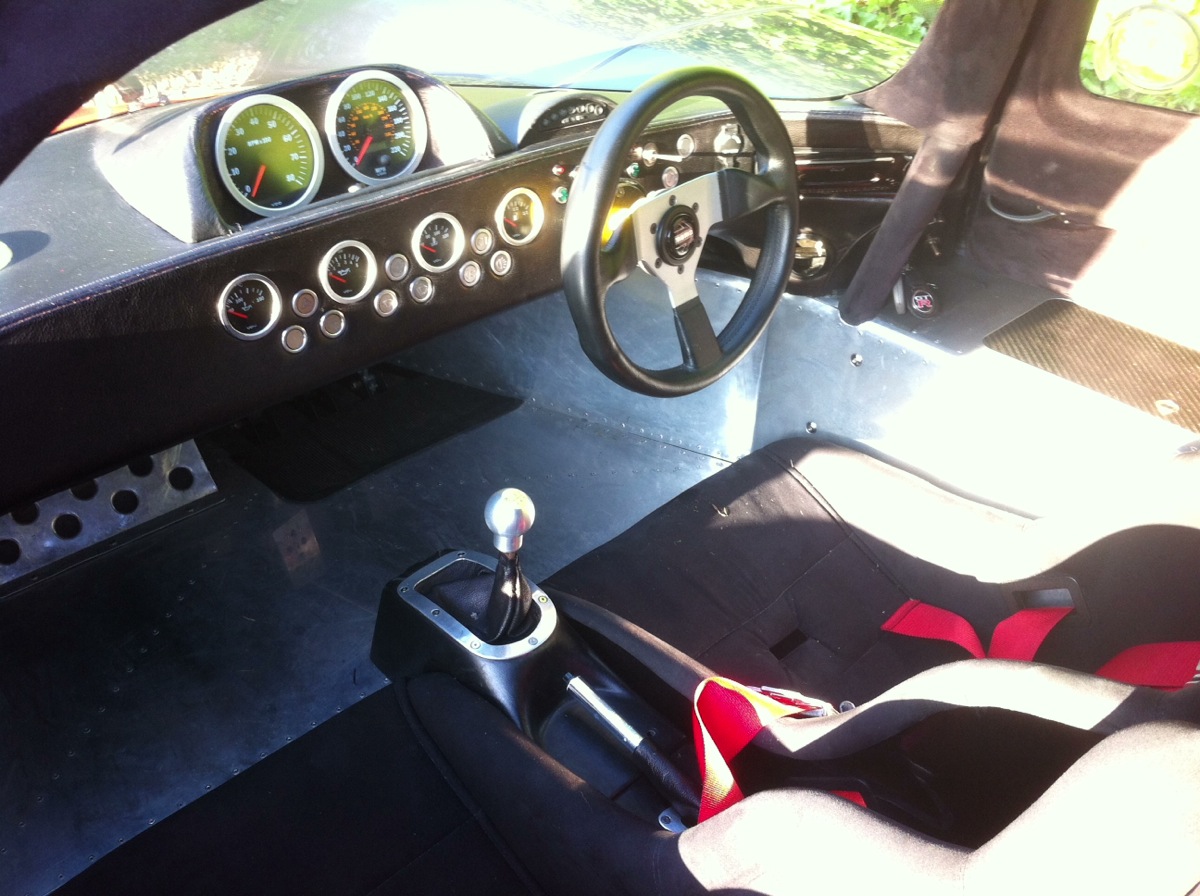 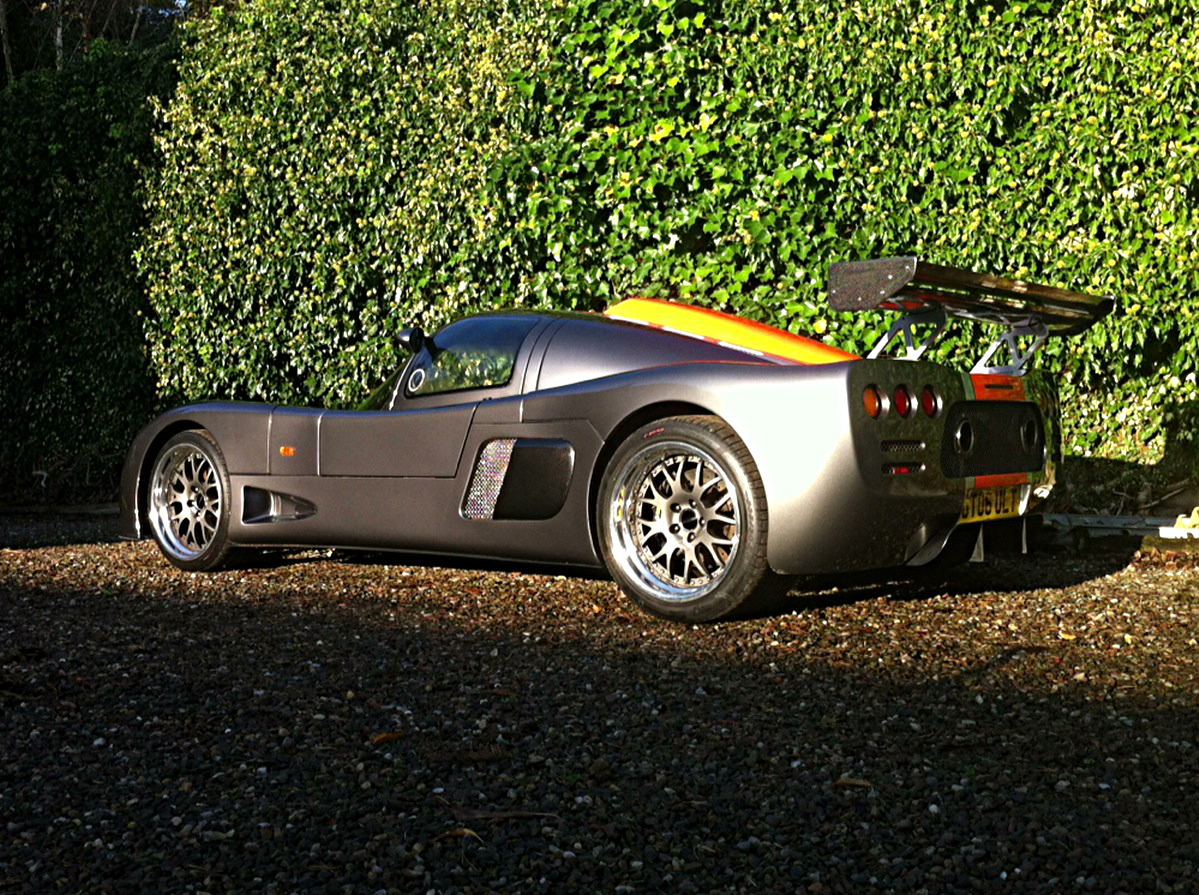 Late in 2015 I took the opportunity to send the car down to the Ultima Factory for a number of modifications and upgrades. Ultima had recently announced their new EVO model and had changed some of the specs relating to the suspension and also some of the cosmetics.

In addition, I also changed the original baffled silencers for smaller, lighter, unbaffled ones to release a bit more noise and fitted heat reflective gold foil to the heat shields in the engine bay.

In the interior, I had the seats and centre tunnel retrimmed in black leather with contrast orange stitching and had the Ultima logo embroidered onto the seat headrests. I carbon wrapped the lightweight seat backs, retrimmed the interior in charcoal carpet with orange contrasts, had the steering wheel retrimmed in perforated leather with orange contrast stitching, changed the harnesses for new 6-point TRS belts in orange and fitted an onboard tyre temperature and pressure monitoring system. 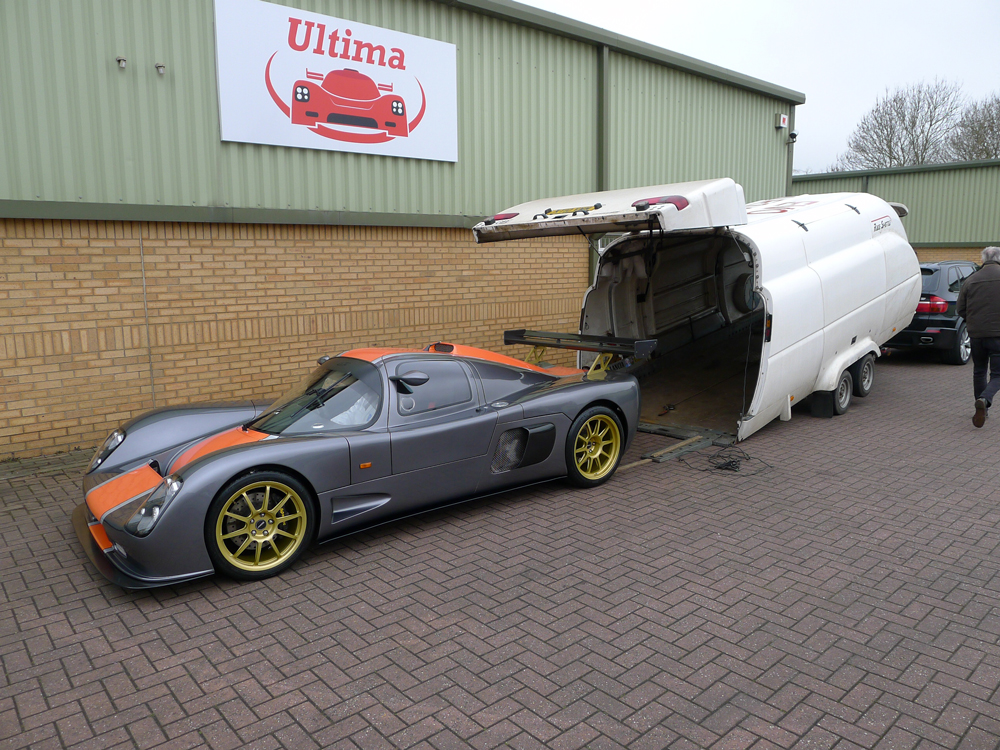 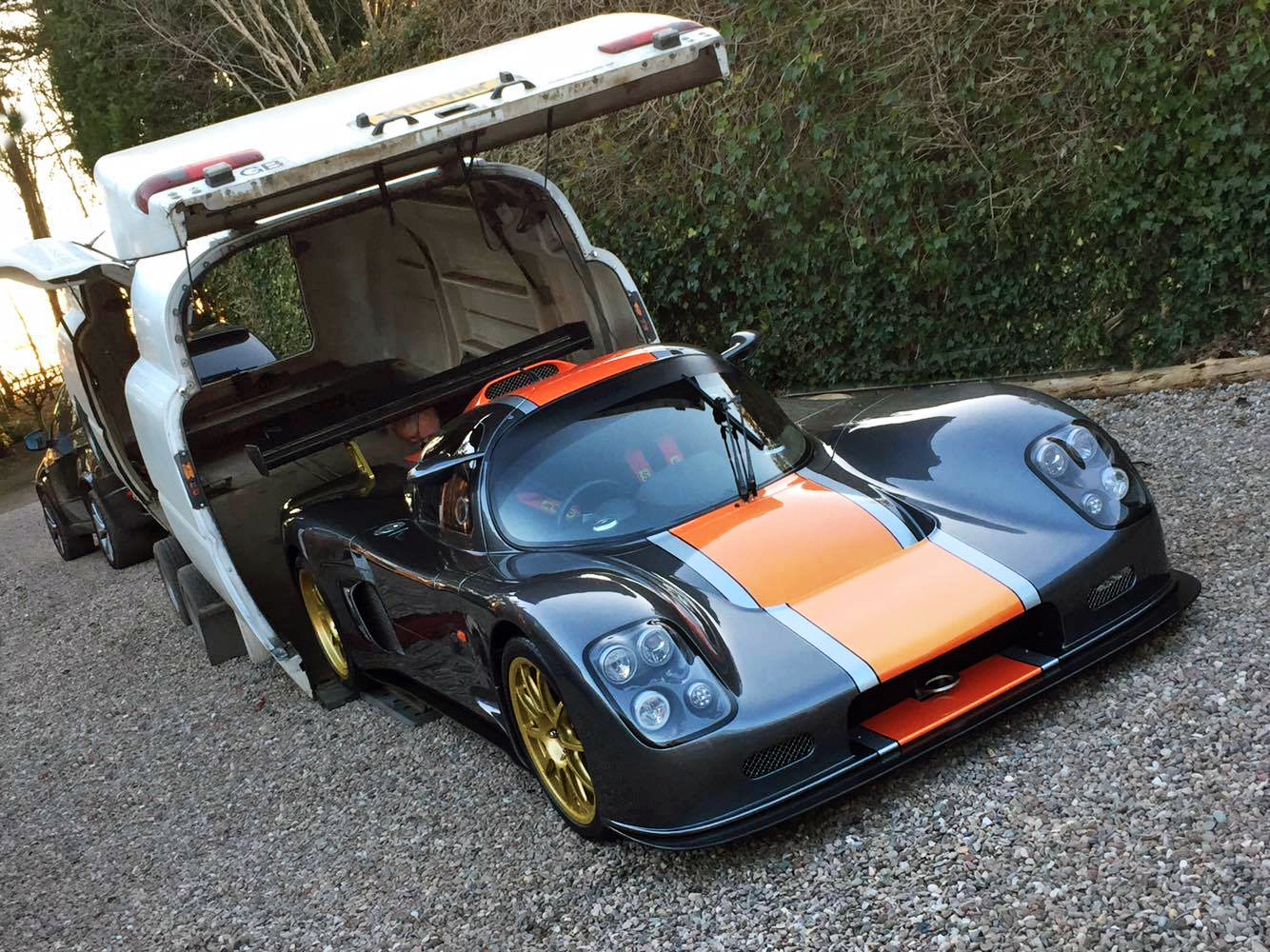 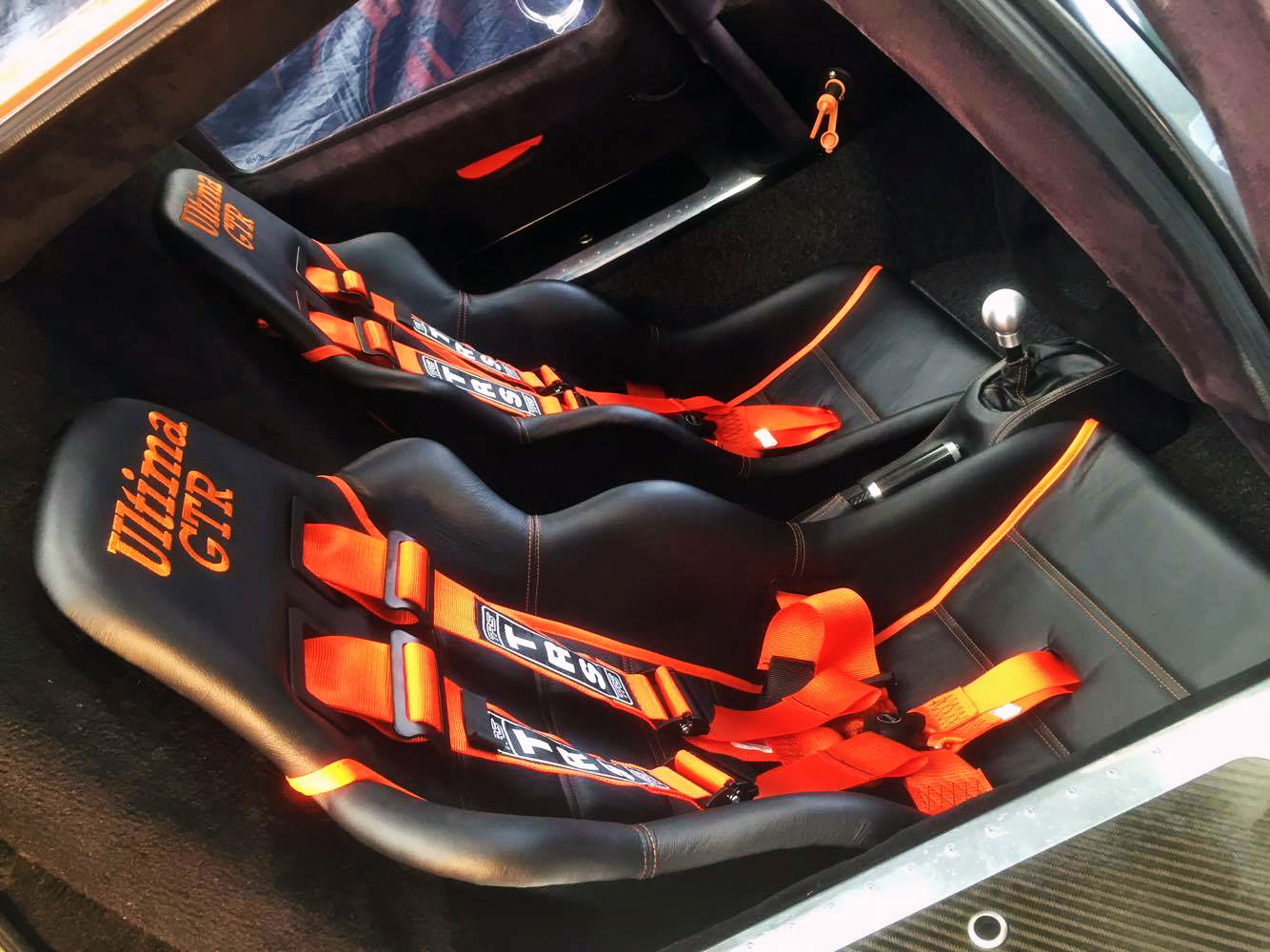 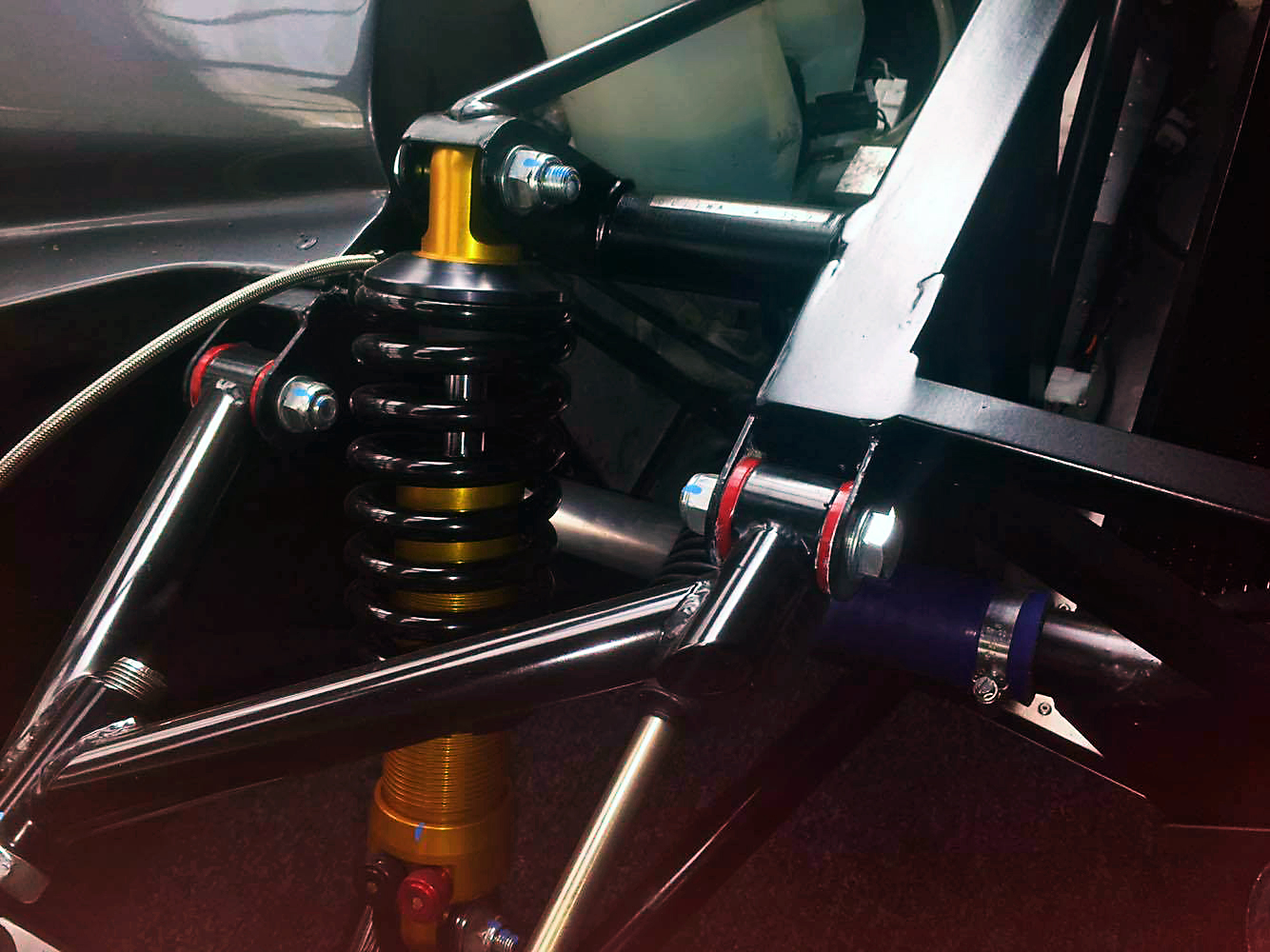 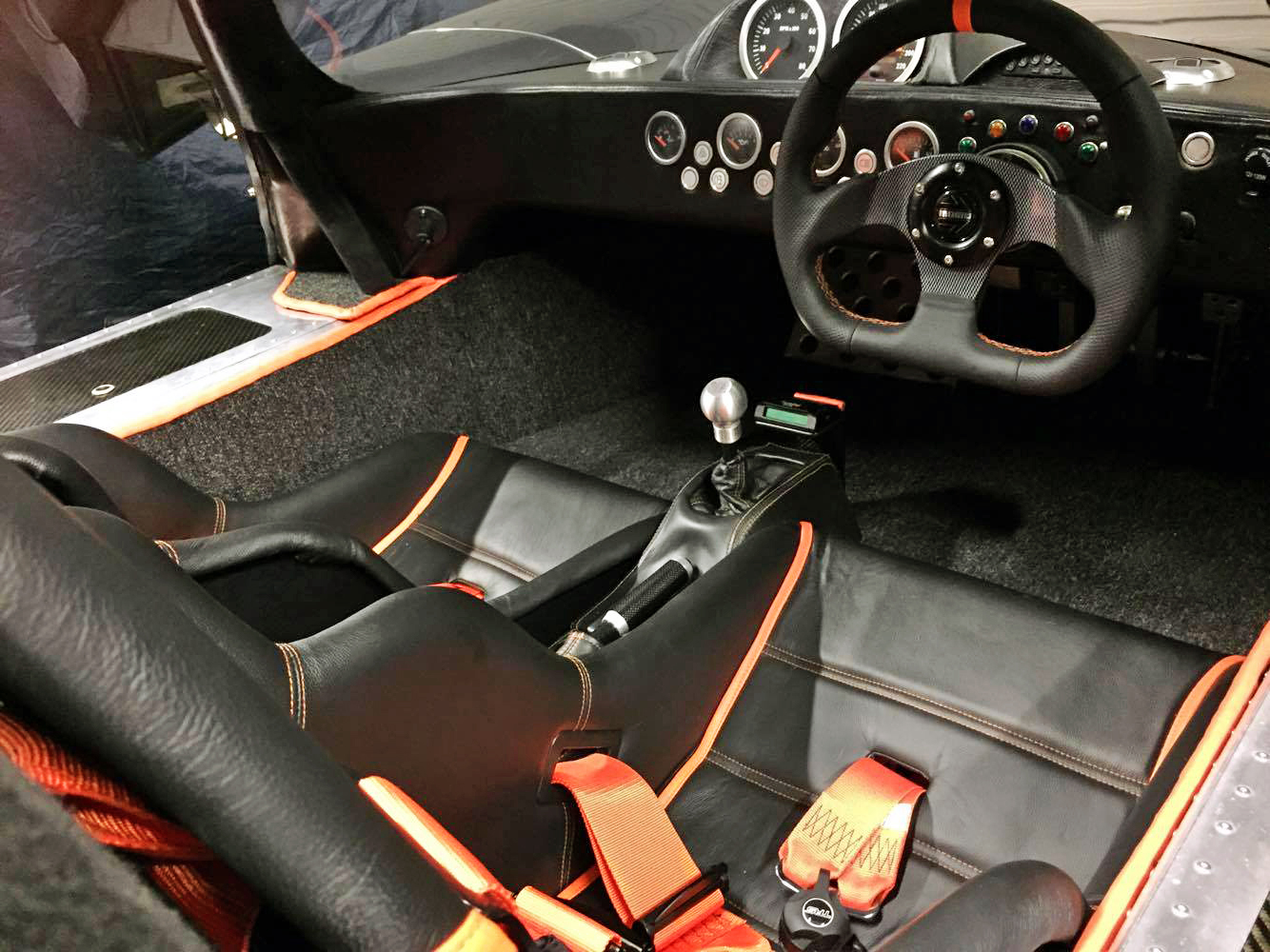 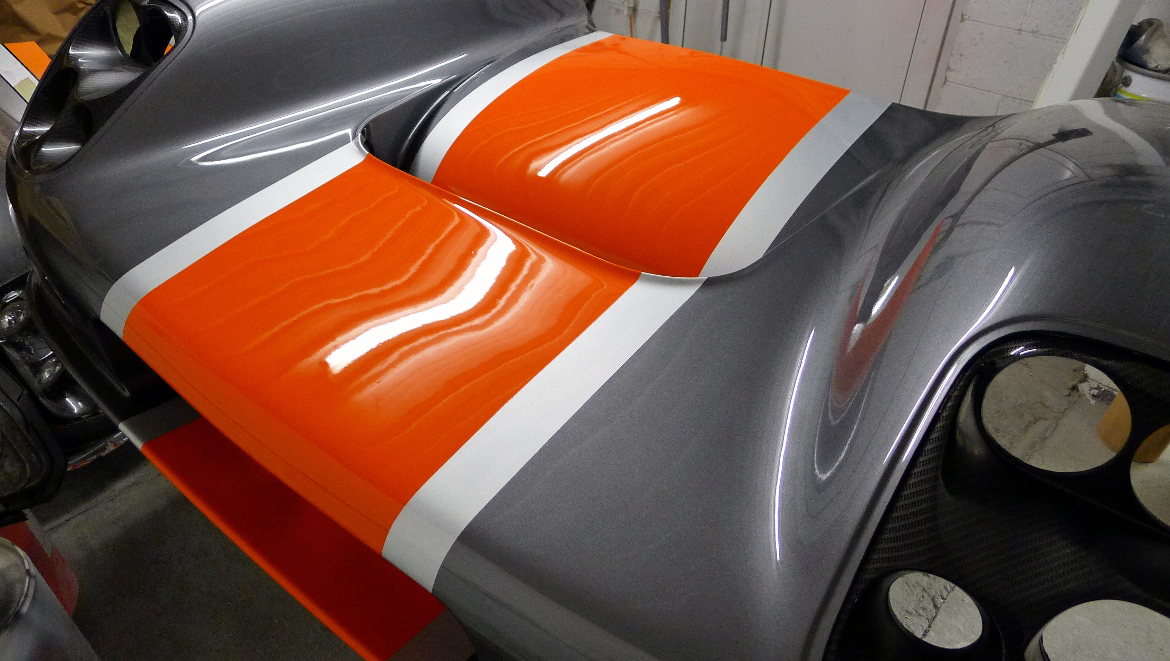 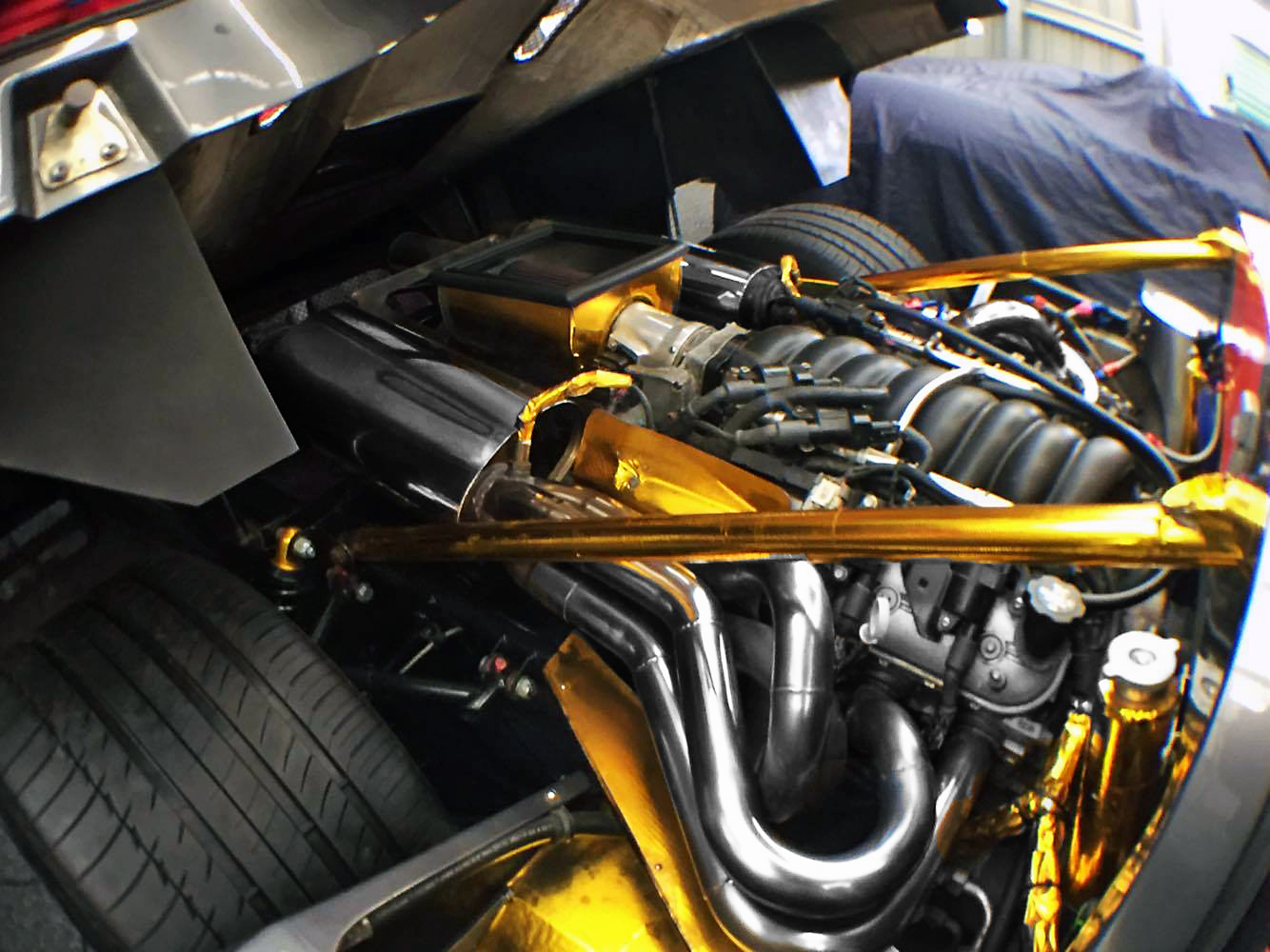 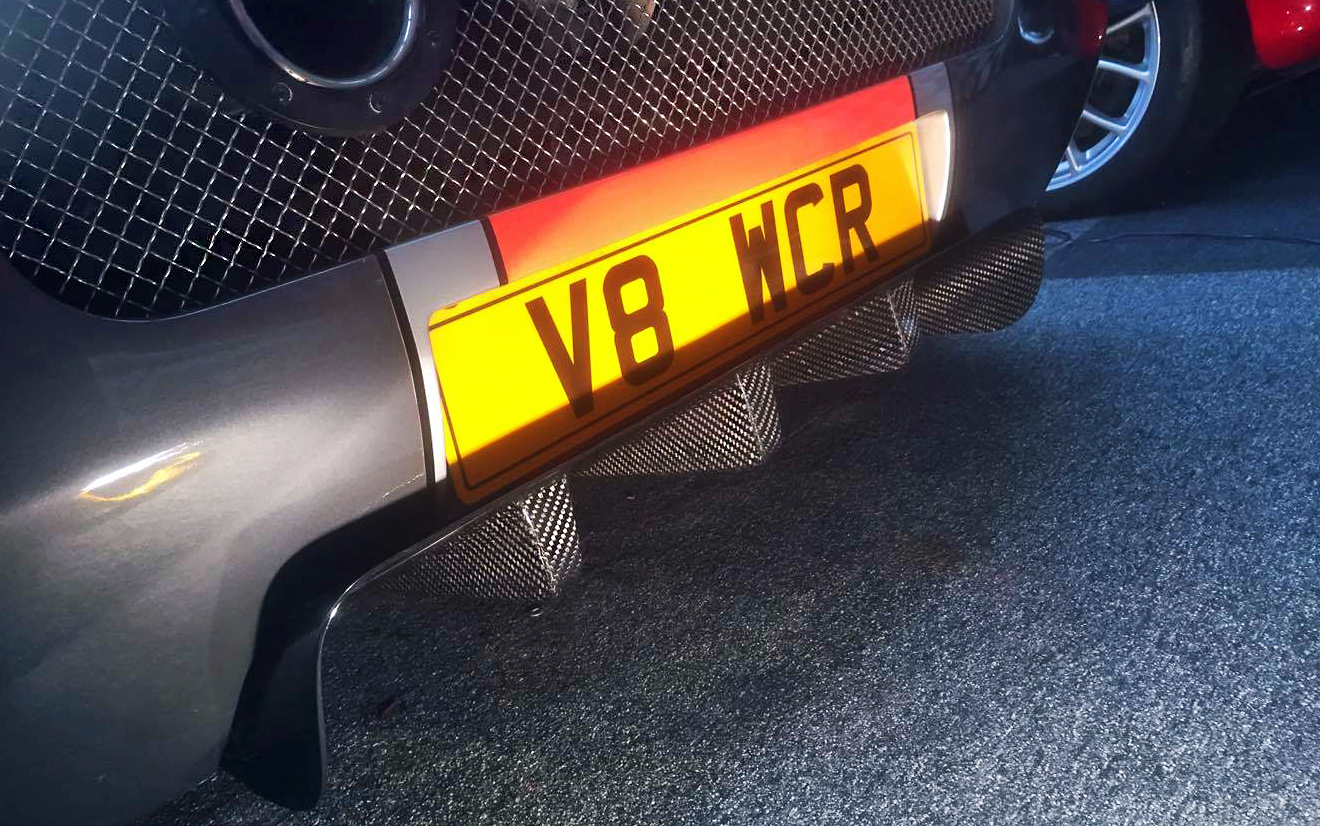 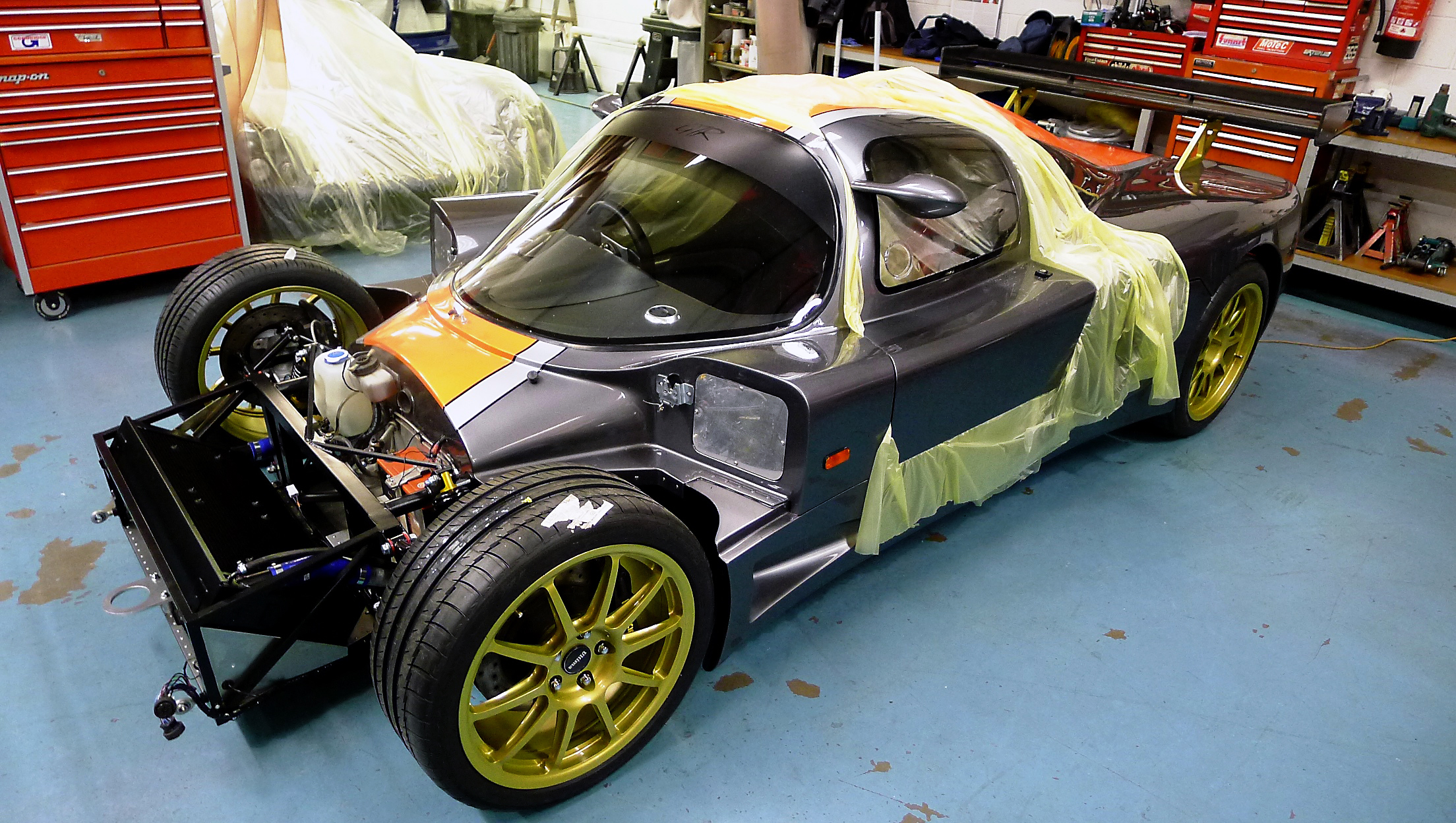 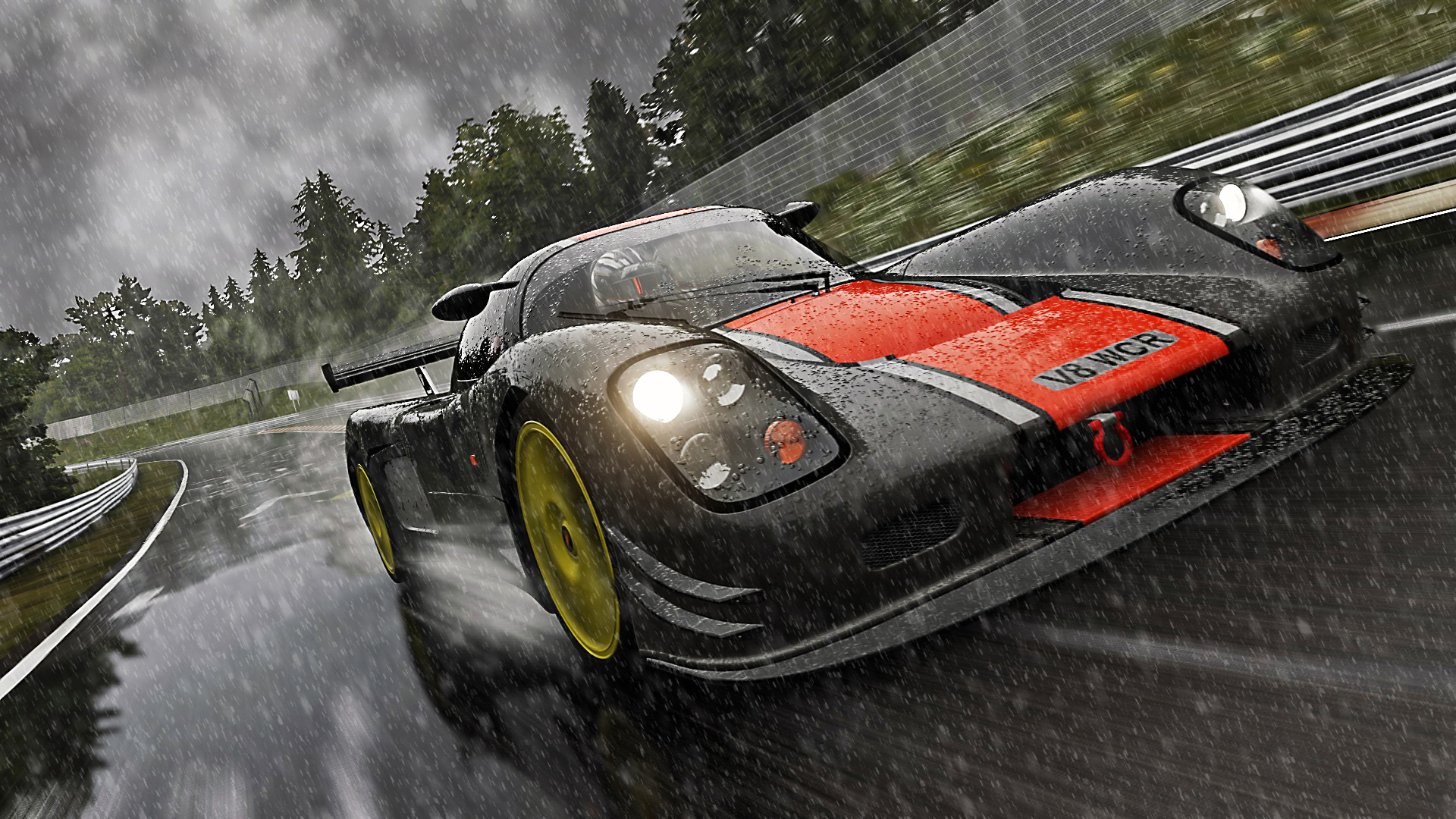 Ready for the road 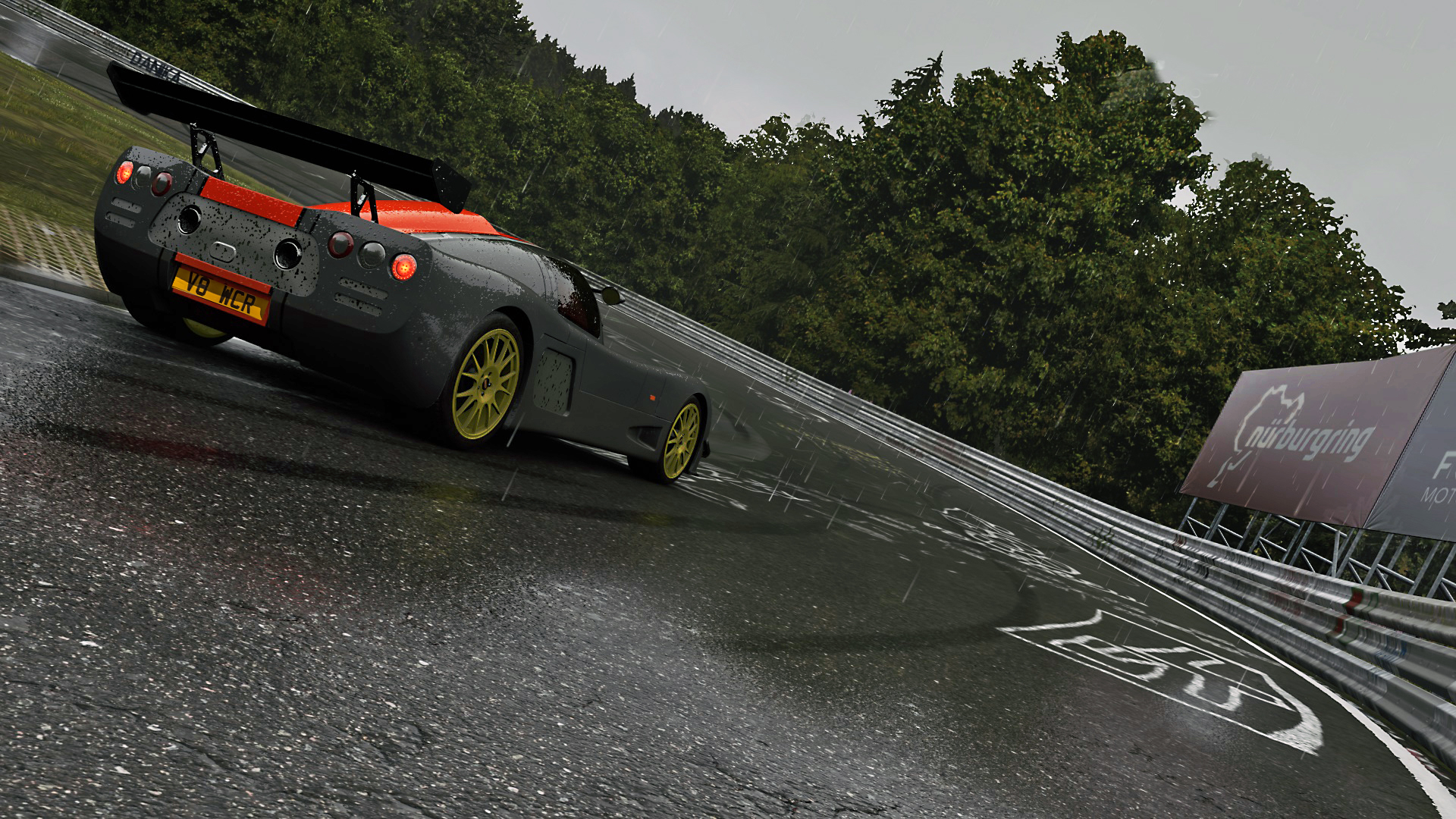